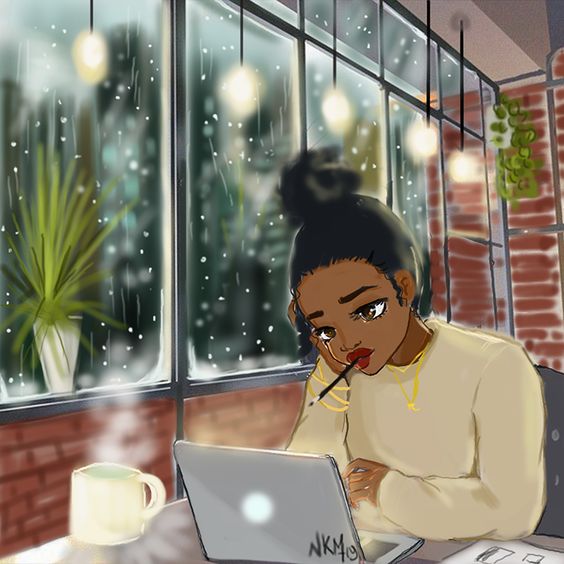 “The trouble with most of us is that we would rather be ruined by praise than saved by criticism.” – Norman Vincent Peale

My friends and I had the most hilarious conversation some time ago about the most horrible things/back-handed compliments and all-round mean things people have said to each of us over the years. Truth be told, the human being has the incredible capacity to be mean. I know it’s not funny but I still manage to chuckle every time I think about it.

How’s this for all kinds of rude:

My Friend to a girl she knows: “Your top is gorgeous. Where did you buy it?”

Girl in the said top: “Thank you. They don’t sell tops for fat people though.”

Seriously!?! It’s so shockingly rude, one has to laugh. Who raised you?

While I can’t for the life of me imagine what the right answer to this girl and people like her is, I do know one thing for certain: criticism is par for the course in this life thing. It comes in many shapes and forms and we can’t control when and how we receive it. The only thing we can control is how to deal with it once it is gently or cruelly given.

While criticism hurts (and has definitely knocked my self-esteem down a few notches (or all the way down) more than once in the last few decades) it would be remiss of me not to give it the credit it is due for making me a better version of myself over the years. Some of the most significant positive changes I have made in my life arose from a critical word thrown at me with little thought here and there over the years. The more I think about it, the more I believe that sometimes, the life lesson is, rather than reflexively kickback every time we are criticised, to listen, reflect and use that criticism as a tool to navigate the fields of self-improvement and self-realisation. This is, of course, assuming you are not dealing with the girl I told you about earlier and her ilk.

Allow me to illustrate:

Playing hockey –  This is one of the things a lot of people commend me for “still doing” very often.

There was a time, soon after I started working, when I didn’t play hockey. Instead, I loved to talk about how much I enjoyed playing hockey in high school.  In response to another bout of hockey nostalgia an ex irritably responded, “if you were so good at it and you enjoyed playing it so much, why don’t you just start playing again and stop talking about it.” The sting of the comment aside, his criticism was valid. Why re-live a past nostalgically and pointlessly when you can simply choose to do what you are passionate about today and make new memories.

The next day I googled Johannesburg hockey clubs. 10 years later, long after he became history, hockey has been a big part of my life. I am not only a good player, I have made priceless memories and built timeless relationships within the hockey fraternity in these parts. My mental and physical health benefitted a great deal and I even branched out into coaching. Who would have thought spending coaching time with a bunch of 12-year-old boys would give my spirit a magic youth serum. It has been the gift that keeps on giving. I am delighted that he said it. It needed to be said.

The Power of Body Language – I was excruciatingly shy growing up. If my people believed in psychology I may have been diagnosed with agoraphobia AND anthropophobia. I remember the acute anxiety I would feel when my mother sent me to the store to buy bread. She worked most days so she had no idea what preparation went into any foray out of the house. I had to psychologically prepare on a scale I can’t even describe. When I did leave the house, I would walk with purpose, without looking up as much as possible, to exactly where I needed to be and then straight back home. The entire time my anxiety levels would be at 92%.

Did I mention that I would pretend to be “normal” so my mum wouldn’t harass me *chuckles.* I would wake up, clean, open the windows and the doors and make tea, as one does. When my mum left at 6.45am, I would quickly finish cleaning, close all the windows, curtains and doors and relax in the semi-darkness until 3.45pm then open it all again in time for her to come home. Sometimes, when people knocked, I pretended I wasn’t home so I wouldn’t have to talk to anyone. I was 16/17 on that long school holiday between O level and A level so my siblings were at school. I had zero interest in boys. Zip. Zilch. Nada. I turned down all my suitors

Towards the end of my semester break, I had to go and pick up something from my mum’s nursing colleagues at the hospital. My worst nightmare. I walked there as slowly as I could and practically tiptoed into the “duty room.” It was my worst nightmare.  The room was choke-full of nurses doing whatever it is nurses fill duty rooms to do. They absolutely picked me apart, albeit good-naturedly,  as I stood in the door and wrung my hands. The pain was almost physical. The last thing one of them said stayed with me since then, “why are you so distressed by us engaging with you. Are you shy? You should be careful about that. Even if you are shy, this inability to meet people’s eyes doesn’t say you are shy to a person who doesn’t know you. It says you are dishonest.”

Dishonest?!? Me. Is what people saw when they saw me? That hurt. It hurt a lot. The experience left me feeling like I had been emotionally scalded in boiling hot water. The more I thought about it over the remainder of my holiday the more I realised that I had a real problem. I immediately set about fighting my urge to keep my eyes glued to the ground all the time.It took me years to work out the right coping mechanisms but I started trying immediately. I was always comfortable with people I knew but never with strangers (i.e. majority of world). This also made it difficult to make friends because they have to be strangers first, not so?

When I went back to high school to do my A’ Level, my interaction with people was different. I spoke more. I worked on faking my confidence until it became real. Sometimes the anxiety made me feel like throwing up but I toughed it out. Suddenly, I became a prefect, I was noticed by the debate society and declined their invitation to join the debate team, I captained the school Athletics team, the school hockey team, and the provincial hockey team. As I reaped the benefits of putting myself out there a little more, my confidence increased and I improved as a person.

I particularly focused on cultivating the ability to be relatable to a wide range of people. From a girl who could barely make eye contact, now I am the girl who drives her husband crazy because I make eye contact with strangers (and with anyone who is talking to me), smile at them and talk to them. On a good day, a complete stranger will tell me their life story while waiting to pay for bread.

If I am being completely honest though, because it doesn’t come naturally, I can switch it on and off. If I don’t want to be approached or relatable, I simply resort to my default setting…the resting B**** face.

Right before a hearing or speaking in public or a major meeting, my stomach will tie itself into one hell of a knot and I always get that familiar wave of nausea. What I have mastered is ensuring that no one else in the room knows it.

All the old fears and insecurities are still alive inside me. They are just not as well- fed as it used to be.

I could give a dozen examples. To save you the trauma of a book of such examples I will end with this: criticism has been the doorway to countless life lessons; updating my style, being more creative with my hairstyles, being more gentle with my words sometimes (I can be a little too blunt at times), sifting out the constructive from the destructive words, how to get ahead at work (criticism given to you and others by your boss will tell you what would impress them. It’s a little career waze if you use it right), growing a backbone (one of my bosses actually said I need you to get tougher and to grab people by the balls when you need to), writing better, defending my opinions, embracing my ability to change for the better (or trying to) and, even more importantly, recognising that changing one’s self is a personal choice. Self-improvement and absorbing criticism (or  not) is always an option. When making a selection in respect of that option, it is always important to bear in mind what Mr. Winston Churchill said: Criticism may not be agreeable, but it is necessary. It fulfils the same function as pain in the human body. It calls attention to an unhealthy state of things.